Crotoonia's On the Road was a planned month-long channel event set to air from June 16th to July 14th. It was to premiere five new videos, with the fifth and final installment airing as a part of a finale marathon.

Originally planned as a week-long event, it was changed to a month-long event due to production delays and to spread content out more evenly. Due to production complications, the event was (for the most part) dismantled, with each video coming out at random periods. The concept of a finale marathon was kept for The Big Build Marathon, which premiered the planned finale of the event, Thomas the Building Engine.

The event was promoted with a few promos and a writing contest entitled "Crotoonia's Write the Road", in which fans submitted pitches for a new Railside Tales episode. 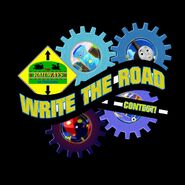 Write the Road Contest Promo
Add a photo to this gallery
Retrieved from "https://crotoonia.fandom.com/wiki/Crotoonia%27s_On_the_Road?oldid=5971"
Community content is available under CC-BY-SA unless otherwise noted.