Chuggington is a city where plenty of Crotoonia's engines originated. Like a majority of the Fantasyland and Fairytale Railway Traction Company Limited and the Dream Fleet Rail Co., Chuggington's engines run independent of drivers. Engines that come from here are affectionately known as 'Chuggers'. 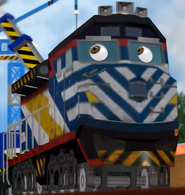 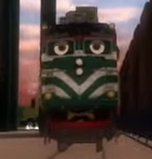 Mtambo
Add a photo to this gallery

Chuggington
Retrieved from "https://crotoonia.fandom.com/wiki/Chuggington?oldid=11717"
Community content is available under CC-BY-SA unless otherwise noted.